The connection issue is not uncommon. Many users report that their Xbox 360 controller fails to connect. You may want to connect your controller to the original Xbox 360 console, PC, or TV.

Xbox 360 can be connected both wirelessly and wired. It does not support Bluetooth but has its exclusive wireless technology to sync with the console. In my previous posts, I shared my experience with you. Those guides fixed Xbox Elite and One controller.

In this guide, I will explain how to fix your Xbox 360 if it is won’t connect to the console, PC, or TV.

So, you should learn to troubleshoot this issue at home. Because it can be a minor software glitch. So, easy and simple troubleshooting tricks can help immediately.

Here is the complete guide to fixing the connection issue with Xbox 360 console, PC, or TV.

A reset is very helpful in solving a number of issues. Therefore, you should try it for your console.

Just like the console, you should also reset the controller.

The controller fails to connect if it does not have enough power. So, you should charge both the 360 console and the controller. Make sure they are charging well.

Maybe you are following the incorrect connection method. Therefore, both devices fail to sync.  The first condition is that your devices should be within range.

Because too much distance leads to poor or no connection. Try the following steps to connect again;

Xbox 360 can be connected via HDMI cable with a TV. In most cases, the HDMI is the culprit. So, follow these tips to fix the issue;

While connecting the Xbox 360 controller with the console, make sure your TV is switched ON. (If the console is connected to the TV).

Instead of connecting wirelessly, you can make a wired connection. It is a better option and you will face no issues.

Just take a compatible USB cable and plug it into the console and controller. They will connect straightforwardly.

But, you have to use the right USB cable. If the controller fails to connect with the PC, you can use the same method.

Your TV can be the reason if the controller is not connecting. So, you should reset, power cycle, and update your TV.

A simple reset can be done by unplugging the television from the wall power outlet. Wait for 60 seconds and then plug the power back. Turn ON your TV and sync again.

Moreover, check for the latest firmware version and install it. As a last resort, try a factory reset on your TV. This function can be found in the settings option.

But, remember, factory reset deletes all the data and downloaded apps. However, you must try it once it is confirmed that the TV is troubling.

It can be confirmed if you try to connect the console to some other TV or PC. A successful connection with other devices indicates that your television is creating the problem.

Before touching the hardware, try a factory reset on your console. It can be done as follows;

9. A Faulty RF Board

If nothing works, most probably the RF board of your Xbox is defective. It is located in the front. RF is a small board with 2 metal pieces.

If it goes bad, the devices would not sync. Hence, replacement is the only solution. But, consult a professional to replace this part. You can also contact Xbox for customer support.

They can better diagnose and fix the issue. If your device is under warranty, you can ask replacement or refund.

FAQs About Xbox 360 Console and Controller

Here are some common questions that may be coming to your mind. Let us discuss your concerns and queries.

What to do if my Xbox 360 controller is blinking but not connecting?

Press the Xbox button on the controller, it will blink or flash. This indicates that the controller is not connected to the console. You should remove it from the already paired devices such as a PC or computer. Also, restart your controller and console. Further, check the distance range and keep the devices close enough.

Why Xbox 360 wired controller is not connecting to the PC?

Simply, unplug it from the PC and plug it back again after a few seconds. Repeat this process twice or thrice. Further, plug the controller into a different port on the PC. Another suggestion is to restart both of your devices. Also, check the cable and replace it if necessary.

Xbox 360 does not have Bluetooth support. But, it uses a proprietary protocol to connect wirelessly. However, you can use a wireless gaming receiver for Windows if you do not want a wired connection.

I always bring authentic solutions to your problems. So, they can fix your devices without a doubt. Double-check everything and try each trick correctly.

But, if no hack works, you must contact a professional mechanic or the manufacturer.

In the present case, I hope this guide has worked for your Xbox 360 controller that won’t connect. Leave your suggestions in the comment box. 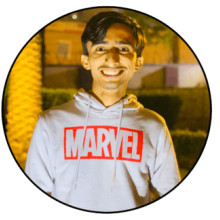