IMAX and 3D film formats are often confused. But, they are different from each other. This article will provide a comprehensive comparison of IMAX vs 3D.

A 3D or RealD cinema provides a 3-dimensional movie experience. While IMAX also creates 3-dimensional effects but with enhanced features.

IMAX and 3D differ in many aspects such as image quality, screen size, brightness, color accuracy, audio quality, and technology.

In order to understand all these differences, we will do an in-depth analysis of both. So, we will do side by side comparison of the features of IMAX and 3D. Keep reading this article to explore more about both movie formats.

IMAX vs 3D: A Detailed Comparison

Now, we will discuss the differences, similarities, advantages, and disadvantages of IMAX and 3D.

We have included all the salient features of both technologies. A side-by-side comparison will provide you with further details.

3D theaters were created in 1915 but became very popular after 2000. RealD is an American Theater Company that became famous around 2003.

IMAX was developed in 1967 by a Canadian Theater Company-IMAX Corporation. But, it became famous around the year 2000. Now, IMAX is loved by most moviegoers.

Usually, in a 3D theater, the audience has to wear Stereoscopic or polarized glasses to experience real visual effects. They enhance the illusion of depth, hence the movie feels quite real.

Both 3D and IMAX use polarized glasses. However, IMAX glasses are bigger in size to cover the entire view. These glasses block certain wavelengths to provide the real 3D effect.

The images from both dimensions are projected on a silver-coated screen simultaneously and then superimposed. So, they combine to form a 3-dimensional image.

IMAX technology is advanced than 3D because they work on the latest polarization principles. They create real and virtual image effect that is more amazing than normal 3D.

The geometrical structure of the theater is designed to produce motion pictures that can be viewed from all directions. So, the IMAX has modified the hardware of the cinema to give a 3D effect.

3D offers a flexible viewing angle. You can tilt your head around and the screen does not give ghosting effects. The screen size is relatively smaller.

However, the IMAX cinemas can create blurred images at the edges. The screen is very giant and you cannot tilt your head sideways. Because the viewing angle can change the picture quality.

IMAX theaters display highly bright and vivid pictures. The color accuracy is so perfect that the scenes seem happening in the real world.

3D is an illusion effect that is presented to the audience. The image seems to move away or towards the viewer.

The image is shown from all 3 dimensions and the viewer feels that image is real. It uses linear polarization technology which creates deep images.

The screen in 3D cinemas is normal and flat. The audience feels that pictures and characters are moving towards them.

3D Cinemas use two novel film formats including Premium and Luxe. The screen size for the Premium format is up to 50 inches while for LUXE the screen size is more than 50 inches.

While in an IMAX format, the viewer feels himself the part of the scene. IMAX is the short form of “Image Maximum”. The image is displayed in 70mm film format.

This theater technology includes huge screens that are spherical and curved in the center. The screen is 70 feet and covers the full front wall of the cinema.

IMAX has gained popularity in recent years. There exist more than 1500 IMAX theaters around the world.

They are available in almost 80 countries. Moreover, IMAX is planning to launch theaters in more places.

While 3D theaters are available in 72 countries around the world. According to an estimate, there are a total of 26,500 3D cinemas.

The ticket to 3D movies has varying prices across different regions. But, they cost $5 less than IMAX. However, the audience still prefers IMAX.

Audio quality is great in a 3D cinema but it depends on the size of the cinema hall. The sound system relates to the requirements. However, it produces an enveloping sound.

The audio quality is the same throughout the hall. While IMAX uses an enhanced sound system including 12-channel sound. The sound is more enveloping and immersive.

The distance from the screen does not affect the audio quality. Their sound system is better than 3D because they do perfect pitch-tuning with high accuracy.

Nevertheless, some 3D cinemas Dolby Atmos audio format. This is the best sound system that gives a genuinely immersive experience.

IMAX or 3D, Which is Better?

Honestly speaking, IMAX is better than 3D in many respects. IMAX is in 3D, which means it includes 3D features but in an enhanced format. The display is even larger in an IMAX theater.

The impression is totally immersive and images seem to approach the audience. While a 3D cinema gives normal-sized images. The image has greater depth on the screen.

IMAX produces brighter images with higher resolution. The seats are closer to the screen. The audience experience real-time 3D experience and feel present at the scene.

Moreover, the audio is consistent and more immersive in an IMAX theater. A 3D cinema more or less gives the same effect as a 3D TV or theater at your home.

Nevertheless, it also depends on personal choice. Many people prefer 3D over IMAX. The reason may be the image format; 3D is deep and IMAX is popping out of the screen.

Another reason is that some videophiles find IMAX distracting. The choice between IMAX and 3D also depends on the movie.

For example, ‘Avatar’ is a movie that has utilized IMAX technology, and ‘Prometheus’ used 3D or RealD.

It limits your freedom and tilting your head can blur the screen. But, this ghost effect is minimal and negligible in a 3D cinema. Comfort and flexibility are important while enjoying a movie.

So, 3D excels in this aspect. The movie experience also depends on the consistency of the theaters. High-class equipment such as cameras, projectors, and speakers give a high-quality watch effect.

Some 3D cinemas may not use standard equipment. So, their movie experience may be different from another 3D cinema. IMAX is likely to ensure its audio and video standards.

So, this article has analyzed both 3D and IMAX in detail. Now, you have all the necessary knowledge about both types of cinematographic technologies.

On the other hand, IMAX gives a realistic effect through popping images, has massive screens, better sound systems, and utilizes advanced technologies.

Briefly speaking, IMAX has taken the 3D effect to the next level. So, the majority of moviegoers prefer IMAX 3D over RealD 3D. 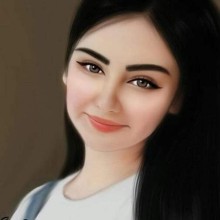